Is Middle America Due For a Huge Earthquake? – The Atlantic 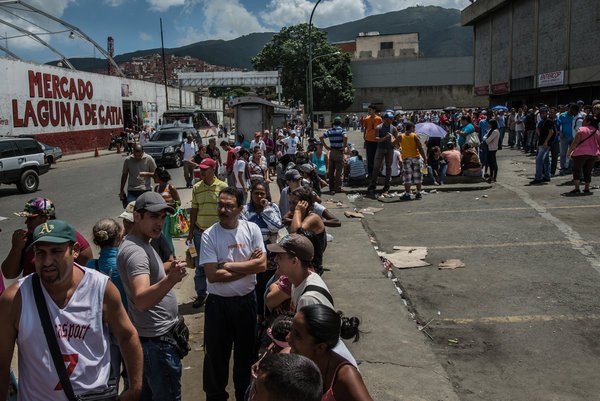 Hundreds of people here in the city of Cumaná, home to one of the region’s independence heroes, marched on a supermarket in recent days, screaming for food. They forced open a large metal gate and poured inside. They snatched water, flour, cornmeal, salt, sugar, potatoes, anything they could find, leaving behind only broken freezers and overturned shelves.

CARACAS (Reuters) – A man was shot dead on Tuesday during looting and food riots proliferating round crisis-hit Venezuela, an opposition legislator said, bringing to at least four the number of fatalities from this month’s wave of unrest.

Milagros Paz said that as well as the fatality, another 27 people had been injured during a day of chaos and violence in the eastern Caribbean coastal town of Cumana that she represents for the Justice First party.

“It was all very confusing. There were simultaneous lootings in different parts of Cumana. They looted more than 100 establishments,” she told Reuters from the National Assembly in Caracas, basing her information on contacts with constituents.

“Now eating is a luxury, before we could earn some money and buy clothes or something, now everything goes on food,” Yaneidy Guzman said.

“Everything is taped together, keeping it all in one spot. There’s a z-fold Combat Gauze hemostatic bandage, gauze for packing because there will be big chunks of meat missing if I get shot, and an extra wide ace bandage to wrap it. It’s simple tips like this that count. ”