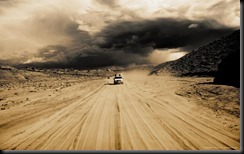 Although this is was written as financial advice, this is great prepper advice too.

Some basic suggestions for those who are seeking shelter from the coming storms of global financial crisis and recession.

Reader Andy recently wrote: “I look forward to your blog each day but am still waiting for your ideas for surviving the coming crisis.” Andy reports that he and his wife have small government and private pensions, are debt-free and have simplified their lifestyle to survive the eventual depreciation of their pensions. They currently split their time between a low-cost site in North America and Mexico. They are considering moving with the goal of establishing roots in a small community of life-minded people.

Though I have covered my own ideas in detail in my various books (Survival+: Structuring Prosperity for Yourself and the Nation, An Unconventional Guide to Investing in Troubled Times, Why Things Are Falling Apart and What We Can Do About It and Get a Job, Build a Real Career and Defy a Bewildering Economy, I am happy to toss a few basic strategies into the ring for your consideration.

Let’s start by applauding Andy for getting so much right.

1. Don’t count on pensions maintaining their current purchasing power as the promises issued in previous eras are not sustainable going forward. I’ve addressed the reasons for this ad nauseam, but we can summarize the whole mess in four basic points:

A. Demographics. Two workers cannot support one retiree’s pensions and healthcare costs (skyrocketing everywhere as costly treatments expand along with the cohort of Baby Boomer retirees). The U.S. is already at a ratio of two full-time workers to one retiree, and this is during a “recovery.” the ratio in some European nations is heading toward 1.5-to-1 and the next global financial meltdown hasn’t even begun.

B. The exhaustion of the debt-based consumption model. The only way you can sustain a debt-based model of ever-expanding consumption is to drop interest rates to zero. But alas, lenders go broke at 0%, so either the system implodes as debtors default or lenders go bankrupt. Take your pick, the end-game of financial crisis and collapse is the same in either case.

C. Printing money out of thin air does not increase wealth, it only increases claims on existing wealth. An honest government will eventually default on its unsustainable promises; a dishonest government (the default setting everywhere) will print money to fund the promises until its currency loses purchasing power as a result of either inflation or some other flavor of currency crisis.

In other words, the dishonest government will still issue pension checks for $2,000 a month but a cup of coffee will cost $500–if anyone will take the currency at all.

D. Pensions funds are assuming absurdly unrealistic returns on their investments. Many large public pension plans are assuming long-term yields of 7.5% even as the yield on “safe” government bonds has declined to 3% or 4%. As a result, the pension fund managers have taken on staggering amounts of systemic risk as they reach for higher yields.

When the whole rotten house of cards (shadow banking, subprime everything, etc.) collapses in a stinking heap, the yields will be negative. As John Hussman has noted, asset bubbles simply bring forward all the returns from future years. Once the bubble pops, yields are substandard/negative for years or even decades.

Pension funds that earn negative yields for a few years will soon burn through their remaining capital paying out unrealistic pensions.

2. Lowering the cost of one’s lifestyle. It’s much easier to cut expenses than it is to earn more money or squeeze more yield out of capital.

3. Establishing roots in a community of like-minded people. Though it’s rarely mentioned in a culture obsessed with financial security, day-to-day security is based more on community than on central-state-issued cash–though this is often lost on those who have surrendered all sense of community in their dependency on the state.

The core of community is reciprocity: before you take, you first have to give or share. Free-riders are soon identified and shunned.

My suggestions are derived from this week’s entries on the inevitable popping of credit bubbles, the unenviable role of tax donkeys in funding corrupt state Castes and the Great Game of Elites acquiring essential resources with unlimited credit issued by central banks, leaving the 99% debt-serfs and/or tax donkeys with neither the income nor the credit to compete with Elites for real resources.

5. Control as many real resources as you can. These include water rights, energy-producing or conserving assets (solar arrays, geothermal heating/cooling systems, etc.), farmland, orchards and gardens, rental housing, and tools that you know how to use to make/repair essential assets such as transport, housing, equipment, etc.

6. It’s easier to conserve/not use something than it is to acquire it or pay for it. As resources rise in price, those who consume little will be far less impacted than those whose lifestyles requires massive consumption of gasoline, heating oil, electricity, water, etc. It’s as simple as this: don’t waste food, or anything else.

7. The easiest way to conserve energy and time is to live close to your work and to essential services/transport hubs. Those who reside in liveable city neighborhoods and towns with public transport and multiple modes of transport who can walk/bike to work, farmers markets, cafes, etc. will need far less fossil fuel than those commuting to everything via vehicle.

8. If you can’t find work/establish a livelihood, move to a locale with a better infrastructure of opportunity. I explain this in Get a Job, Build a Real Career and Defy a Bewildering Economy, but John Kenneth Galbraith made much the same point in his 1979 book The Nature of Mass Poverty.

9. If you buy property, do so in a state with Prop 13-type limits on property tax increases. We have no choice about being tax donkeys, but choose a state where income and consumption (i.e. sales tax) are taxed rather than property tax. You can choose to earn less and buy less, but you can’t choose not to pay rising property taxes.

10. Be useful to others. That way, they’ll want you around and will welcome your presence. There are unlimited ways to be helpful/useful.

11. Trust the network, not the state or corporation. Centralized systems such as the government and global corporations are either bankrupt and don’t yet know it or are bankrupt and are well aware of it but loathe to let the rest of the world catch on.

12. Be trustworthy. Don’t be morally corrupt or work for corrupt/self-serving institutions. Many initially idealistic people think they can retain their integrity while working for morally bankrupt, self-serving bureaucracies, agencies and corporations; they are all eventually brought down to the level of the institution.

Lagniappe suggestion: lead by example. “Setting an example is not the main means of influencing others; it is the only means.” Albert Einstein

original article: A Reader Asks: How to Find Shelter from the Coming Storms?