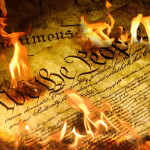 Some commentary from Accept The Challenge blog

On the way in to my precious metals store, I was listening to my go-to radio station.  They had a guy they call, “Tim The Lawyer”.  He’s the big-shot lawyer at an outfit called the Pacific Legal Foundation.  This guy and the Foundation are awesome.
They fight for Constitutional rights.  What a concept, right?
They were talking about how government has gotten away from us.  How we elect congress critters, Senators, presidents and the like, and it does nothing.  Even when we run ’em outta town on a rail, nothing changes.
We just saw the majority leader in the House get bounced from Congress.  Never happened before in the history of the US.
Big woop.  Nothing will change.

Why?
Because the elected officials are no longer the government.  The government is now the bureaucracy.  The three branches of government are now four.  And the fourth – the various agencies, departments, bureaus and commissions – actually run the show.
They’re unelected, yet they are the ones who make us jump through hoops like trained chimps.  Congress abrogates its duties by passing vague laws that essentially say, “Get this broad goal accomplished,” and the agencies write the rules, regulations and penalties – not Congress.
Often – very often – they grant themselves extraordinary powers.

Last week the Consumer Financial Protection Bureau, through the power of Dodd-Frank, passed a rule giving the agency unprecedented power to shut down businesses, no matter what the reason, at any time it wishes through a cease-and-desist order. Further, the rule puts businesses at the mercy of the CFPB and they cannot go back into operation until government approval or a court ruling is made over an issue.

So, if you’re a business that is not favored by the current administration, you can be shut down without so much as a chance to plead your case beforehand.
Guilty until proven innocent.

We are fast approaching the stage of the ultimate inversion: the stage where the government is free to do anything it pleases, while the citizens may act only by permission.
–Ayn Rand

The IRS scandal – which will go fully unpunished IMO – is just the latest, nausiating example.
Did you see that new head bastard on the TV in front of some committee? His arrogance – his utter contempt for we citizens and the rule of law – was palpable.
He was basically telling Congress and all of America, “We can do whatever the hell we want, and you can’t do dick about it.” 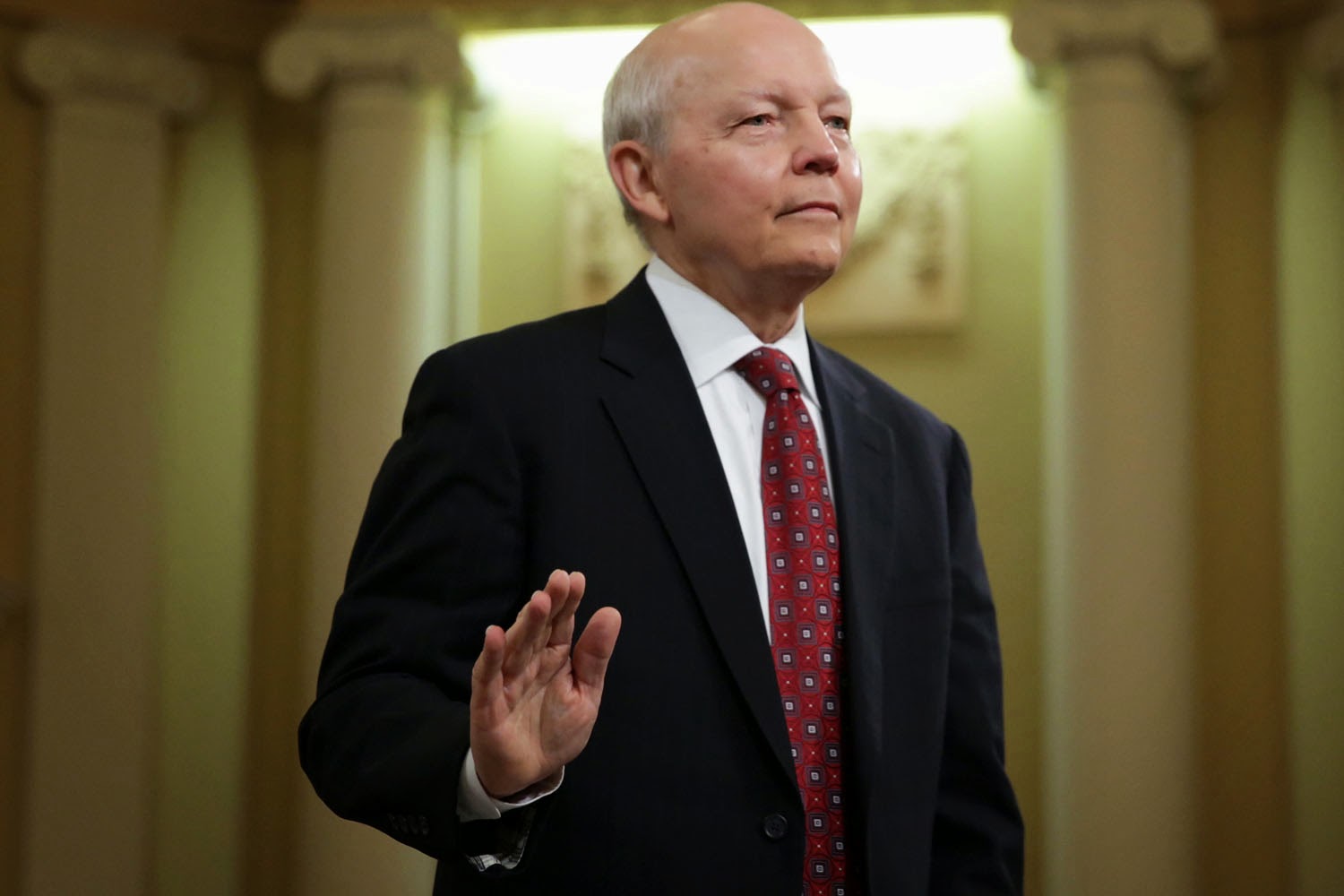 And he’s right.  Congress can hold hearings.  They can puff their chests, and harumph, harumph, harumph all they want, but nothing will change.  A couple of slapped wrists and all will be forgotten.
The game is fixed, and it ain’t in your favor.  Worse yet, the fixers are in positions where they can’t lose their job.  Hell, they’ll probably get a bonus.
—
My favorite sage of the Interwebs – Ol’ Remus in his weekly Woodpile Report – has long been a proponent of not voting because of its futility.
By voting, you’re legitimizing, “the system”.  All the politicians care about is being able to stand in front of a display of flags and bunting, and a politically correct selection of diversely skin-toned folks, and say that millions of people voted for them, democracy is alive, and the American system is sound.
Strike up the band and drop the balloons.  On to the next fund raiser.
“But, but, but… Chief, if we don’t vote we’re letting the other side get in office.”  Don’t you understand?  There is no, “other side”.
Republicans and Democrats are two sides of the same coin.  They just have different special interest groups to whom they cater.  And by ‘cater’ I mean taking your money and giving it to others.
What it all comes down to is our never-ending willingness to forgo freedom and liberty for safety.  At least the perception of safety.
You can protest all you want, as long as it’s in the designated Free Speech Zone.
You can drink all the soda you want, as long as it’s in a cup no larger than 16 ounces.
You can travel all you want, as long as you first submit to government sanctioned fondling.
You can buy all of the milk and cheese you want, as long as it’s been properly altered for safety by government approved methods.
You can have as much money as you want, as long as you don’t try to take it out of the country without their permission.
You can choose any doctor you want…. oh wait, there are no more doctors.  Never mind.  They all quit.
How’s all that hopin’ and dreamin’ workin’ out for ya?
—
Most Americans have the view that, “Well, it’s not as good as it used to be, but it’s still better than most other countries.”
It’s that attitude that got us here.  A shit sandwich is still a shit sandwich, even when served on a toasted sesame seed bun.
“Chief, that’s all well and fine.  Yep, everything sucks.  What do we do about it?”  My wife asked me that question this morning (she calls me ‘Honey’, not ‘Chief’, though…).
We wait and we prepare.
We cannot change the course of this train.  It’s going where it’s going, and nothing we can do will alter its path.  Understand that.  The inertia of the bureaucracy is too massive.  The makeup of the 537 elected federal politicians is irrelevant, so don’t waste your time participating.
We can only wait for the train to plunge off the bridge.
We know from historic fact that every socialist, centrally planned society has eventually failed.  Without exception.  Their ‘business model’ fails because human nature collides with idyllic fantasy.
The fantasy is that everyone has a job, we all get paid the same “living wage”, and we’ll all work for the common good.  Kumbaya, dumbass.
It’s that last part that causes the ultimate failure.  The nature of humans is to exert the least amount of effort for the greatest reward.  Under the socialist model, people soon recognize that they will receive the same amount of benefit from society regardless of their effort.
Work your ass off, you get paid.  Don’t do squat, you also get paid.
Guess which option people choose.
Eventually, the system crashes because there’s no one left to pay the bills.  No one is working, no one is producing, so ‘the system’ isn’t able to pay all the slackers.
The free food, free health care, free housing, free education all disappear.
Boom-boom, out go the lights.
We see what’s coming, so we prepare.  Those of us with initiative and drive, work to build and secure assets to use after the crash.
Again, history has taught us that after things crash, opportunities blossom.  Big time.
So we buy and bury gold and silver.  And I literally mean bury it.  They can’t confiscate it if they don’t know you have it.
We buy and bury guns and ammo.  There will come a time when we’ll need to defend our persons and property from criminals – elected and otherwise.
We buy and bury tools and supplies.  You can’t take advantage of the coming opportunities with your good looks alone!
We acquire skills and knowledge to feed, house and clothe ourselves.  The monolith won’t go down easily, and times will get worse before they get better.  We know this, and will be prepared for this dark period.

source: The Fourth Branch Of Government