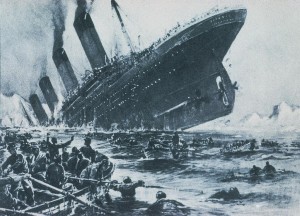 I believe the Western world is today more vulnerable to both natural and man-made catastrophes than at any time in our past due to our dependence on a complicated system of systems. My goal is to present a strategic view of why our civilization is so vulnerable, along with a tactical view of how to prepare for it.

There are several big picture factors to consider that work together in a dangerous way:

Economics: The U.S. national debt is a long-term threat to the nations economy and current levels of government spending are unsustainable. Most of European is no better and many nations in the European Union are in far worse shape. Still, governments spend, though it is unlikely future generations will be able to pay these debts. In short, our nation is in danger of bankrupting itself. Compounding this issue are our dwindling manufacturing and tax bases, aging infrastructure, declining educational system, and absolute dependence on foreign oil. In the U.S. and abroad, legislatures seems determined to spend us into oblivion in the name of saving us.

Resources: Whether Peak Oil theory is correct or not, fossil fuels are becoming more difficult to extract and will become more expensive over time. The U.S. cannot be energy independent given current oil and gas reserves, or at least cannot maintain current living conditions. China and India are growing and so are their energy needs. Green energy sources cannot fill the void. Unfortunately, modern civilization is based on access to cheap fossil fuels, and world governments seem to be oblivious to the need to prepare (e.g., start building hundred of nuclear reactors now) for the future.

Demographics: The U.S., Europe, and some Asian (China and Japan) societies are rapidly aging, meaning there will be less workers, less paying taxes, and more retirees using those lesser resources, at the very time the opposite will be needed. This issue compounds the economic problem above.

International Threats: U.S. status as a super power will be challenged in the future as China and perhaps Russia gain power. Those nations and others, however, will also face demographic and resource issues that will make them competitors for trade and scarce recourse, increasing the potential for conflict. Non-state actors such as Al Qaeda will continue to be a challenge as well as a budgetary drain. All countries remain vulnerable to the threat of an electromagnetic pulse (EMP) attack.

Wild Cards: This includes natural disasters, plagues and pandemics, earthquakes, asteroids, etc. – all those things completely beyond the control of humans that could wreak havoc upon civilization by destroying key infrastructure (dams, power grid, etc.).

Society has faced many of these issues in the past, the difference being that contemporary Western civilization has become dependent upon technology to a degree unsurpassed in history – a gross over reliance that is our Achilles heel. While there is a level of redundancy that provides some robustness, there is point
when failures in one systems cause something like shock waves that will cause failures in related systems. We have lost many of the vital non-technical skills our grandparents generation had.

As our society becomes more dependent on increasingly complex technologies, the potential effect of large scale catastrophes is magnified by the probability of cascade failures in those technologies.

As Robert Heinlein said in his essay, How to be a Survivor, “it’s worth planning for.”