I Found this over at shtfplan.com.  Great Article. 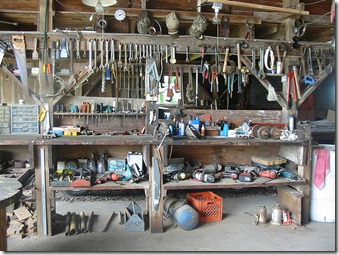 It always frustrates me when I turn on the television, read a newspaper or any other source of main stream media that is running a story on preppers.  Invariably, with any television series or special, it is promoted with pictures of people with gas masks and AK 47’s talking about how they intend to kill zombies when the golden horde arrives upon their doorsteps when the SHTF.  The most popular of these shows is the “Doomsday Preppers” series that is running on the National Geographic channel.  I will admit, I watch every episode because there are always things I can learn when seeing what others have done to prepare for whatever they are preparing for and find the show to be very entertaining.  In my opinion however, these extreme preppers are not a good representative of the vast majority of preppers.

Depending upon what any person is prepping for, be it an EMP attack with the long term loss of the power grid, a tornado/hurricane/flood, collapse of the financial system, nuclear war or any number of potential calamities that may come your way, there are always some basics that are universal across the board.  These being food, water, defense of life and home and sustainability into an unknown future that will last as long as it does.  Outside of these staples of prepping, I have seen some of the extreme preppers having gas masks for the family, underground bunkers designed to ignite propane through hand rails to fry intruders in hallways leading to safe rooms  and even homemade explosive devices.  I can see why they do it and by having some of these things, they are probably more prepared than most.  Having gas masks may be more common place in the prepping community and important for survival, but my point is that these are things that preppers typically take care of after the basics are complete.

Then there are the prepper want to be’s of the world.  These are people that if National Geographic wanted to do a special on them, would show up and see them overloaded on information and lacking on results.  They do research, read books on survival skills and talk a good talk about what’s coming and what they are planning on doing.  It would be a very boring episode so you won’t see these people on any upcoming episodes I’m afraid.  They are severely unprepared for whatever TEOTWAWKI situation arrives at their doorstep.  Post collapse, they will be identified easily by listening to people in food lines and FEMA camps saying “I knew it!” and “I just didn’t have enough time to put it all together!”  They may own a bunch of guns, mostly never shot more than to sight them in.  They probably haven’t actually grown a garden, but have some seeds.  They probably have never harvested a deer or game and prepared it for a meal.  They call themselves preppers, but will have a very rude awakening when the SHTF.

That covers the 5% on either side of the bell curve of preppers, so who would be classified as the 90% and what would describe them?  The answer is simple and can be answered with a single word.  Grandparents.  I recall a story my grandmother told me regarding arriving on a boat in North America.  Her birthday was on Christmas and she recalls her and her sisters had a beet that was given to them for their Christmas meal.  The moral here is that when someone tells me it could never happen here, I am reminded by this story that I am only 2 generations removed from it actually happening here in this nation.  Is it ludicrous to think that these times instilled within our grandparents a sense of responsibility to prepare for leaner times?  Today, many consider this extreme and would label them fringe nut cases.

When I think of the ultimate preppers, the picture in my head is of my grandparents.  Growing up they were always known as “Farmer Gramma and Farmer Grampa”.  They lived in a small farm house in northeast North Dakota and throughout life worked hard and played hard.  They were preppers, but didn’t know it.  When I was young, the farm seemed more like a playground, but in hindsight, they are what I believe all of us as preppers should aspire to become.  They were hard working, self sufficient producers.  The following is just a short list of things I remember that they had in place that would apply to preppers:

I encourage all of you blessed enough to still have their grandparents wisdom available to talk to them of what life was like when they were young.  If you are like me and they have passed away, there is probably someone in a local nursing home with a story to tell if you would be so generous enough to take some time to use their stories to further your education.  Believe me, they will be doing you a favor and it would make their day that someone would care enough to listen.  Just a suggestion.

I could write a novel on the other million things I remember of Farmer Gramma and Farmer Grampa and their prepping retreat we called the farm.  It saddens me to no end that today, in these United States of America, the land of the free and home of the brave, that they would probably be labeled as suspected terrorists according to recent descriptions of what the government considers key indicators in a recently published document on what to look for when on the lookout for terrorists.  They were hard working, God fearing patriots that loved their family and country.  They were the ultimate preppers.  You see, prepping wasn’t a movement at that time.  It was survival.  It was providing for their family the best they could with what they had.  It was life on a farm.

source: The Ultimate Preppers – They Were Preppers, But Didn’t Know It – shtfplan.com